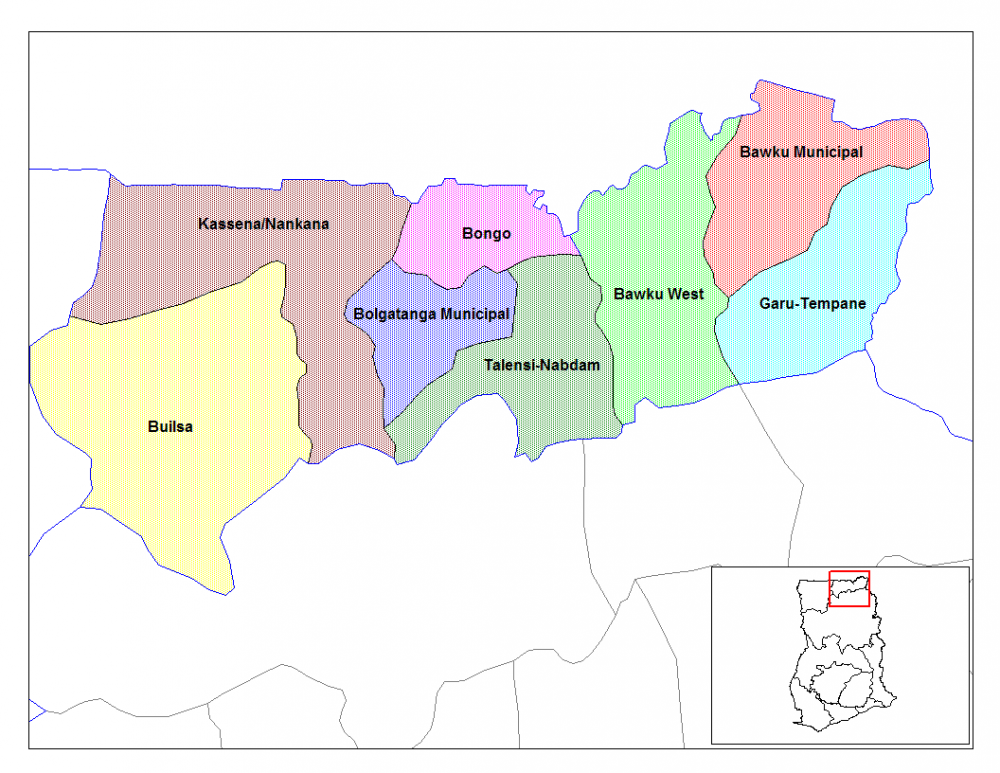 The UER covers a total of 8,842km2 in the northeast corner of Ghana. The region is bounded to the north by Burkina Faso, to the east by Togo and to the south and west by Northern Region and Upper West Region respectively. Administratively, the region is divided into six districts, which correspond roughly with the main tribal groupings. A network of access roads, whose conditions range from fair to good, serves the area.

Population of the region 920,089 (2000 Population and housing Census). This constitutes about 5% of Ghana’s total population. There is a general decline in growth rate for the region. The percent increase in 2000 over 1984 is 18.7% as against an increase of 42.3% in 1984 over 1970 census. The decline may however not be only explained by low fertility but other factors, mainly migration due to high perpetual poverty in the region.