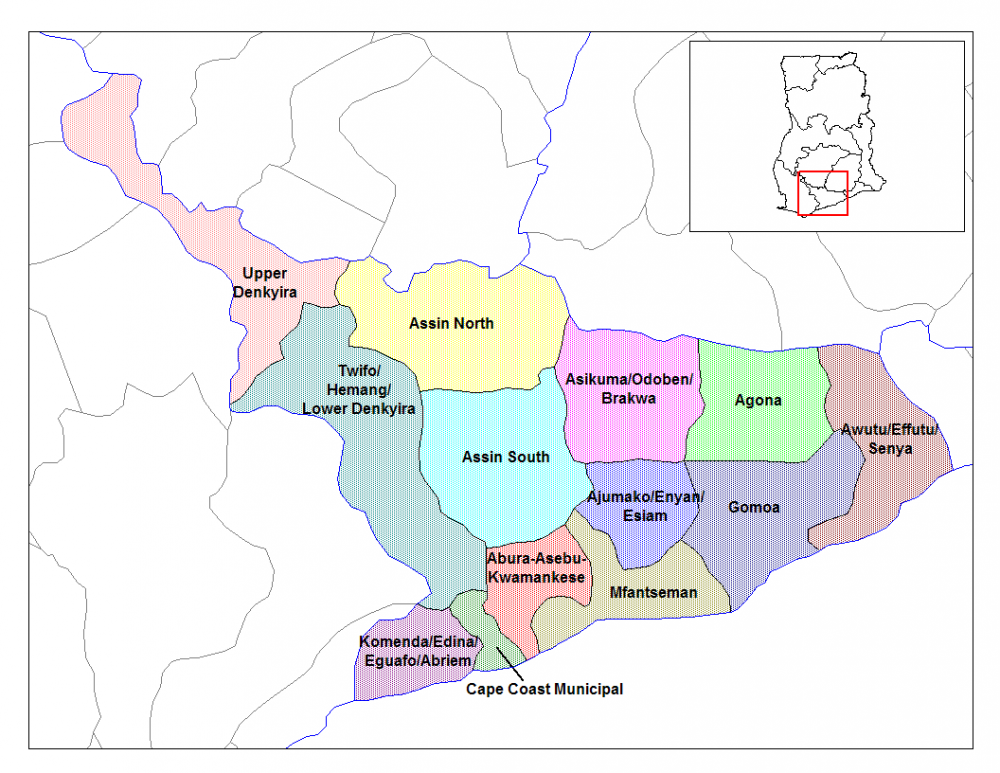 The Central Region is the former government centre of the Gold Coast. It was the seat of British colonial administration up until 1877. The coastline is famous for its ancient forts and castles built by early European traders, and three of them at Elmina, St. Jago and Cape Coast have been identified as World Heritage Monuments by the World Heritage Foundation under UNESCO.

The Central Regional Community Water and Sanitation Agency (CR, CWSA) has been facilitating the delivery of safe water and improved sanitation facilities in rural communities and Small Towns in the Region since 1993.The programme is committed to achieving sustainability of water and sanitation facilities through a ‘’community led operation and maintenance system’’ by building the capacity of beneficiary communities to own, operate, and manage the facilities.